We had the best time in NYC at the beginning of this month. It was beautiful weather for the Summer time and not super hot and humid. I joined Jonathan on a work trip and we left the little on at home with the grandparents. I was able to work and create content at some of the places I have always wanted shoot at to since starting this blog.

I wanted to share some of my picture places and also what went into getting these shots. 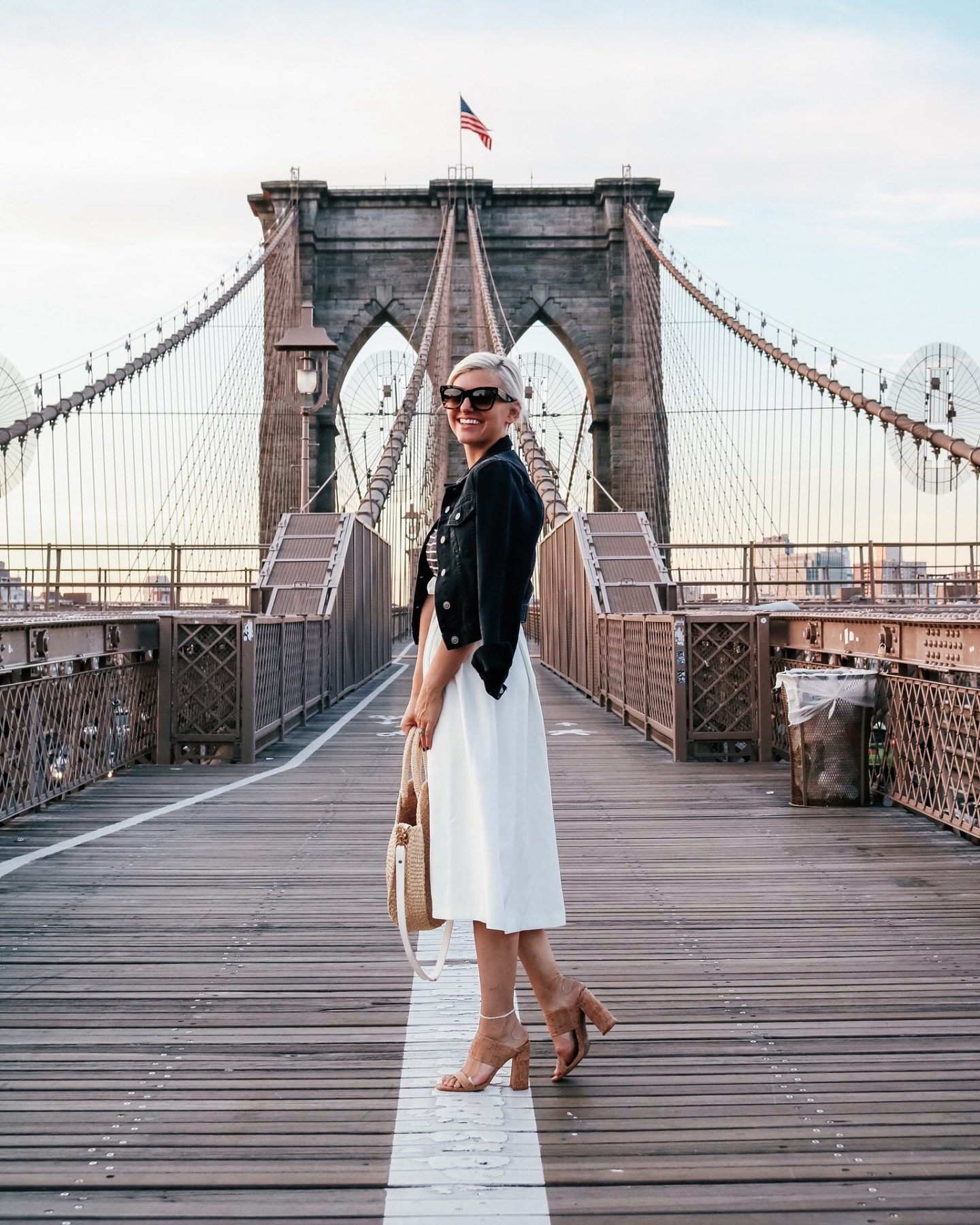 This is one of the places I have always wanted to shoot at and never have gotten the chance before. I woke up the first morning we were in the city at 5am to get ready and taxi down to the bridge. While I was walking out it was still dark and it still was even when I was setting up my tripod to get this shot. The sun started to rise and it was beautiful watching it all alone on the bridge, it was surreal! I would encourage everyone traveling to NYC to set your alarm super early to see the run rise at this historic location and get some awesome pictures while you are at it. 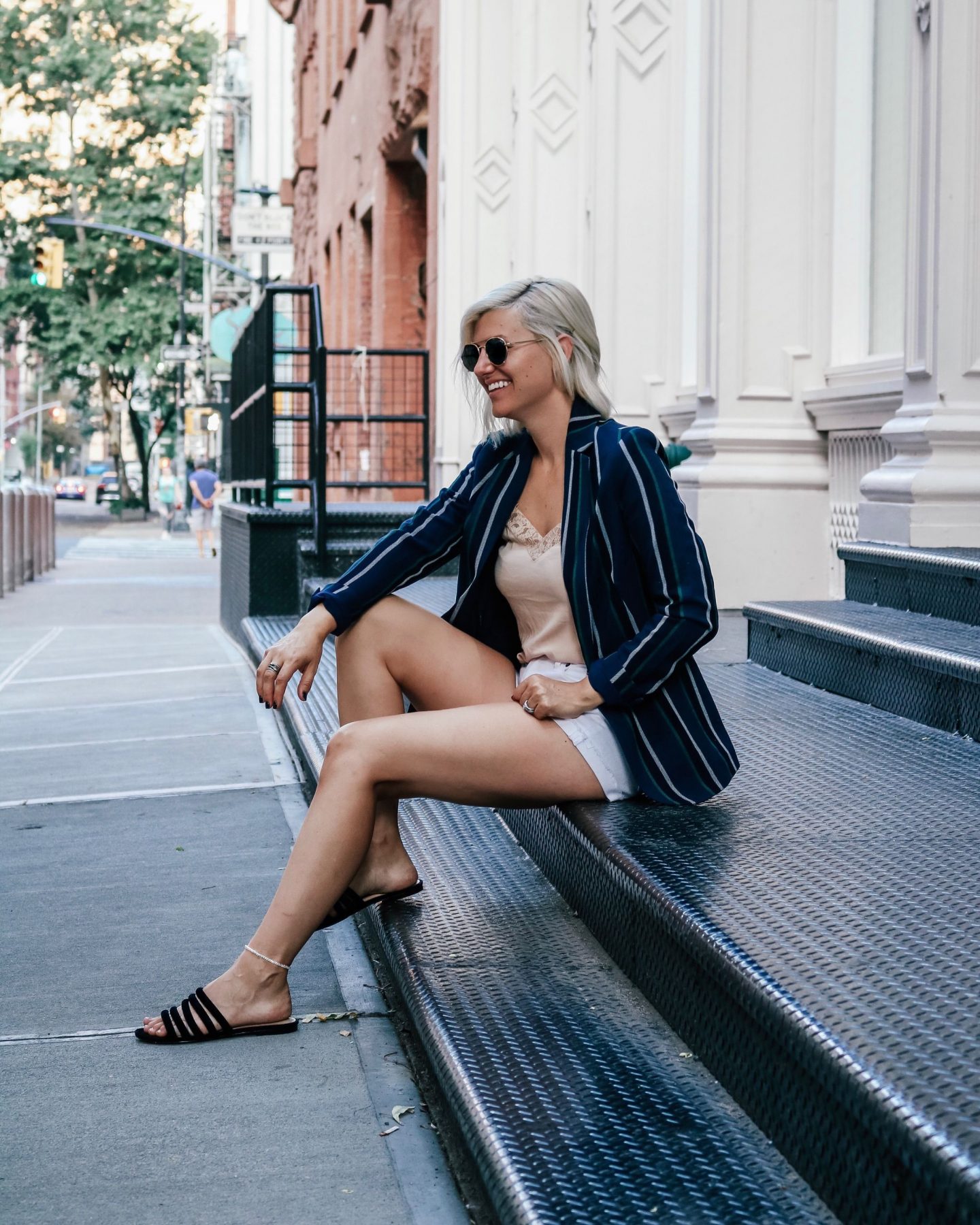 Again, another place a lot of people take pictures in NYC. I also woke up around 7am to get out on the streets of SOHO with no one around and it was such a fun time of taking pictures. I shoot with a tripod so it can be hard when there are a lot of people around to get some shots so the earlier the better it is for me. SOHO really doesn’t get busy until around 9am so you can get some great shots before then. 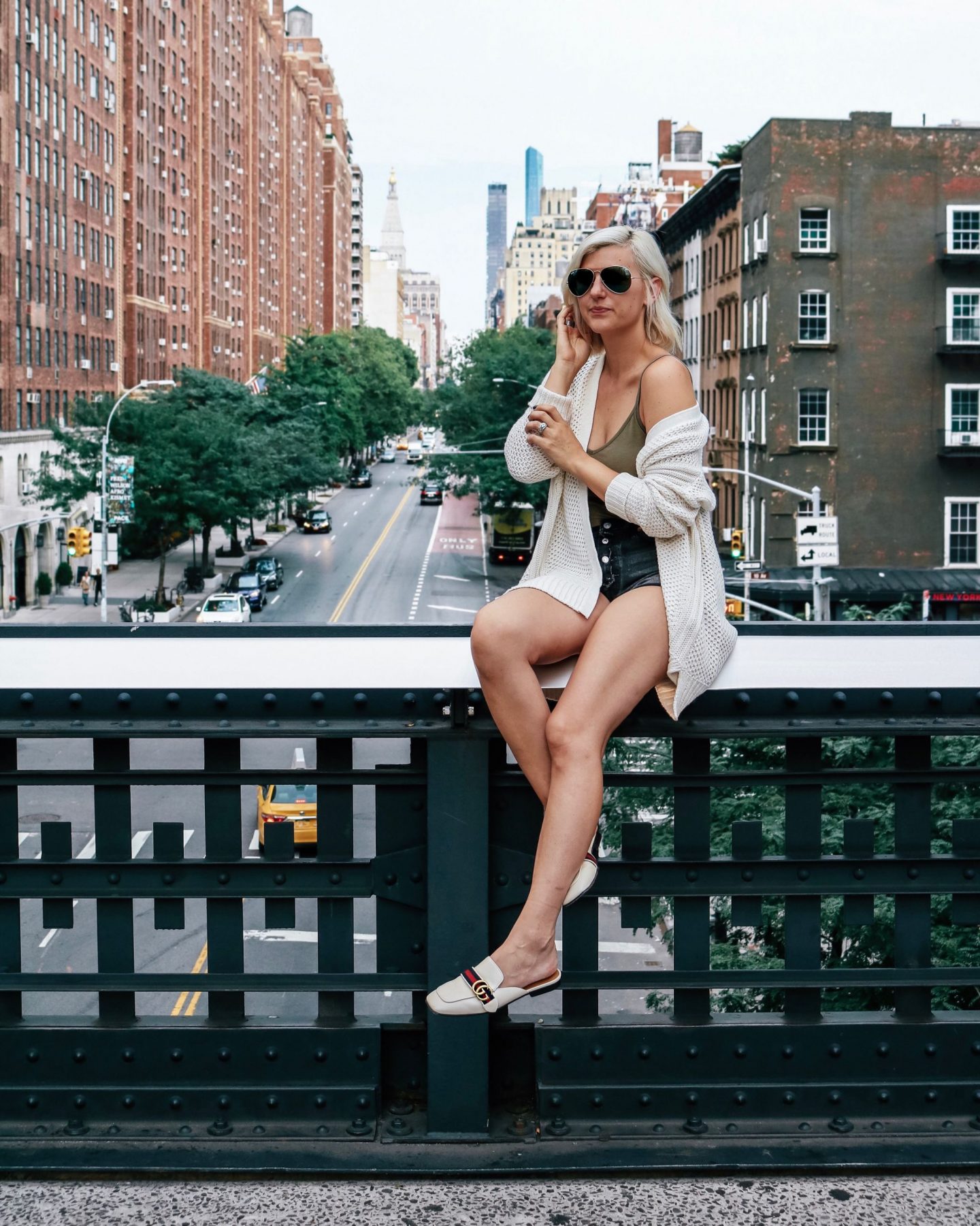 Jonathan had never been to the High Line so it was a must go place while we were there. If you are not familiar with what the High Line is, it’s a railroad track up the west side of the city that was never completed. A couple of years ago they turned it into an above ground walk way and there are places to sit, read, enjoy live entertainment and just have an day/evening stroll.

I didn’t get here early in the morning before people were out but we were able to get some content in between the rushes of groups walking by. Jonathan was so sweet to get these shots for me since a tripod would have been next to impossible. He really enjoyed our time up there and I can’t wait to go back up here and shoot again in the near future (in the morning before people).

I took a lot more photos than this and you can see them all on my Instagram. I just wanted to share with you some of the iconic places to be able to take photos and I will be also heading back up to NYC for Fashion Week and I already can’t wait to shoot more fun places.

I hope you all have an amazing week.